Cakes and cookies that are golden on the outside but raw in the middle are telltale signs your Dacor oven isn’t baking evenly. What do you do when your oven cooks unevenly? The thermostat may need to be recalibrated so it corresponds more accurately with the set temperature. Determine why your Dacor electric oven doesn’t bake evenly and how to solve the problem.

While a part malfunction may also be responsible when your Dacor electric oven doesn’t bake evenly, pinpointing the right part isn’t easy. We’ve narrowed down the most likely reasons for uneven baking and how to specify the right intervention.

Though you may set your oven to a specific temperature, the heat inside the oven fluctuates during cooking. An oven thermostat senses these fluctuations and adjusts the heat, as needed, to correspond to the temperature you set. The thermostat’s accuracy is typically calibrated by the manufacturer. However, uneven baking in a new oven may be fixed by recalibrating the thermostat to better correspond with your preferences and cooking times.

As the process for recalibrating the thermostat can vary, refer to your user manual for instructions specific to your model oven. Most thermostats can be calibrated in 5 degree increments up to +/- 35℉.

Electric ovens have a broil element at the top and a baking element below that provide heat for cooking. While the bake element is the primary source of heat, both are essential to produce food that is evenly cooked throughout. Both elements will exhibit a consistent red glow and a steady heat when functioning normally. However, if one of the heating elements is broken, you’ll notice your Dacor oven not baking evenly. If both have malfunctioned you’ll find your oven not heating up at all.

Additional signs of a broken heating element include:

A broken heating element can’t be repaired and requires replacement.

An oven temperature sensor also monitors the oven’s temperature, changing its resistance in response to the heat inside the oven. The control board reads these changes in the sensor’s resistance and provides more or less heat to maintain the set temperature.

If the temperature sensor fails, it won’t be able to create the resistance the control board needs to govern the oven’s heat. Consequently, you’ll find your electric oven bakes unevenly as the internal temperature fluctuates. A failed temperature sensor can also result in an overheating oven if the heating elements are left on for too long. If an ohm meter shows that the sensor no longer has resistance, it must be replaced.

As mentioned above, the oven control board reads the changes in the temperature sensor’s resistance to maintain the oven’s temperature. It then opens and closes electrical relays within the oven to turn power to the heating elements on or off.

If the oven’s control board is faulty, it won’t be able to read the sensor’s resistance changes and the oven’s temperatures can fluctuate. While this may be why your Dacor electric oven doesn’t bake evenly, a faulty control board can also cause other functions to fail. If the control board shows a lack of continuity with multimeter testing, it requires replacement.

In convection models, a fan is used to circulate the oven’s hot air, creating more even results and faster cook times. If the fan malfunctions, you may notice your Dacor electric oven doesn’t bake evenly when compared to the convection setting.

The following are common causes of fan malfunctions:

While obstructions can be removed to enable the fan blades to circulate, the fan must be replaced if the blades are damaged. Similarly, if multimeter testing of the fan motor shows a lack of continuity, the motor requires replacement by a professional oven repair service.

Why is My Electric Oven Overheating?

The Best Thanksgiving Tips for Your Appliances 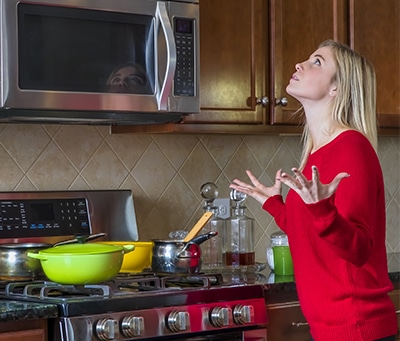 Troubleshooting Why Your Oven Won’t Heat 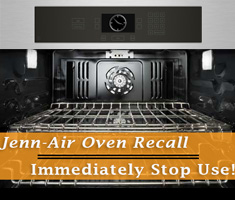 Take a look behind the scenes. 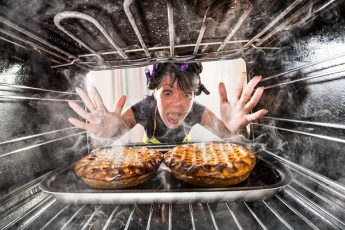 May 1, 2021
Determine why your Dacor electric oven doesn’t bake evenly and how to solve the problem with these troubleshooting...

Why Your GE Washer Makes Loud Noise During Spin Cycle

GE Dishwasher Not Draining? Here are 5 Reasons Why

What’s the Difference Between Built-In vs Freestanding GE Monogram Refrigerators?